My long time client Lou and his wife went out on the creek with me Sunday evening. The heat was still on broil. We hit a few spots and landed a LGMouth and missed three more. Then we camped in the shade for about and hour and enjoyed talk and cigars. Wind was picking up and shadows longer now so we hit a few spots. A big storm pushed some winds at 20 mph on us and it felt great. But the area was very hard to fish in the wind. So we wound up our lines and moved. As the fly was being reeled up a big bass nailed the fly and a pretty good fight ensued. All the while proclaiming this is the stupidest way to catch a fish. But it was caught..  We tried a few more spots as temps dropped about 15 degrees. Called it a night after a snakehead refused to eat. Just followed it and not even a snap at the lure. 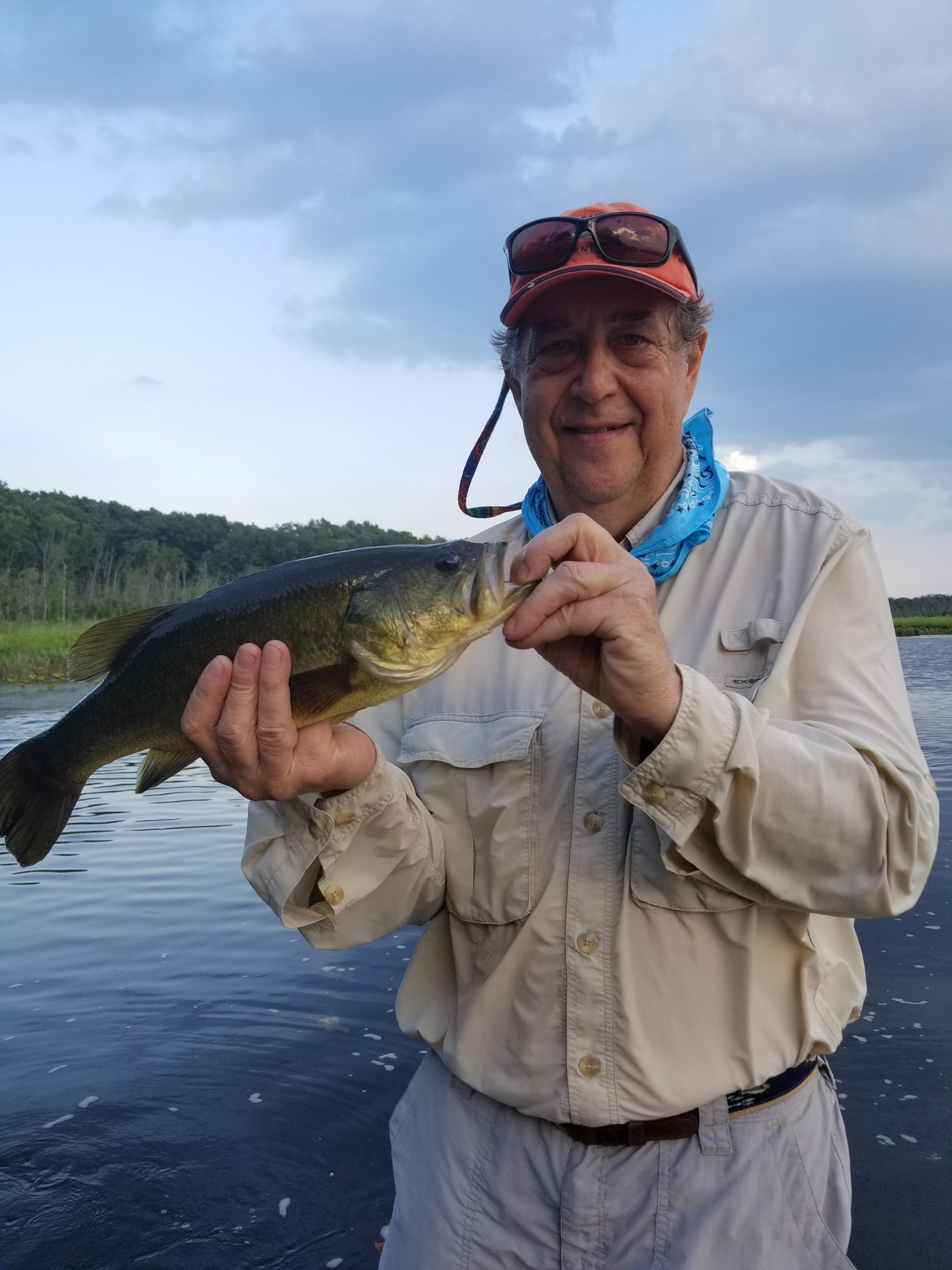