Black Friday and most years I am jigging big fish on the bay. This year decided to take a monster catfish trip. Launched at Fort Washington Marina at 8am to spectacular sunrise and muddy water. Tide was out going  and 52 degrees. Perfect catfish weather. Headed for the grocery store to fill the cooler and found lots of dinks..put 5 in the box as requested and ran to big fish grounds. Put another in the cooler but kept missing the bites..Tide was still going out and man it was getting low too. Did a micro move to intercept big cats moving to deep water. Set in 8 feet of water and just as I was going to give up on the spot and move again a big fish hits and sticks on the hook. Ran almost 1/2 the spool of line off on the first run. Fight lasted 10 maybe 12 minutes of gain some and lose more. Landed the brute and took a picture. Picture does not do it justice. No more bites and back in at 1:30 pm. Odd thing was the tide was still going out. 2 hours late for the turn. One fish can make a day. 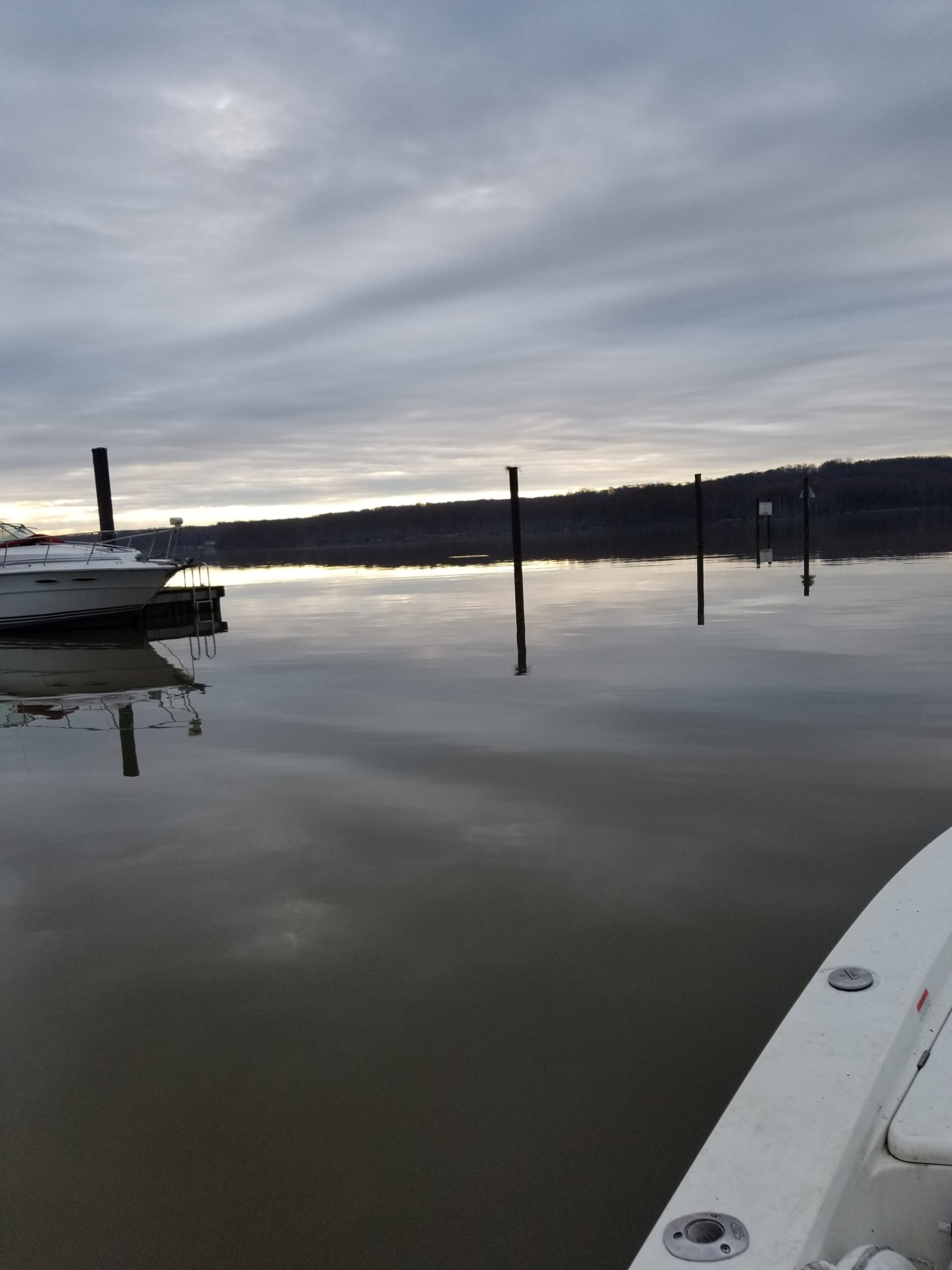 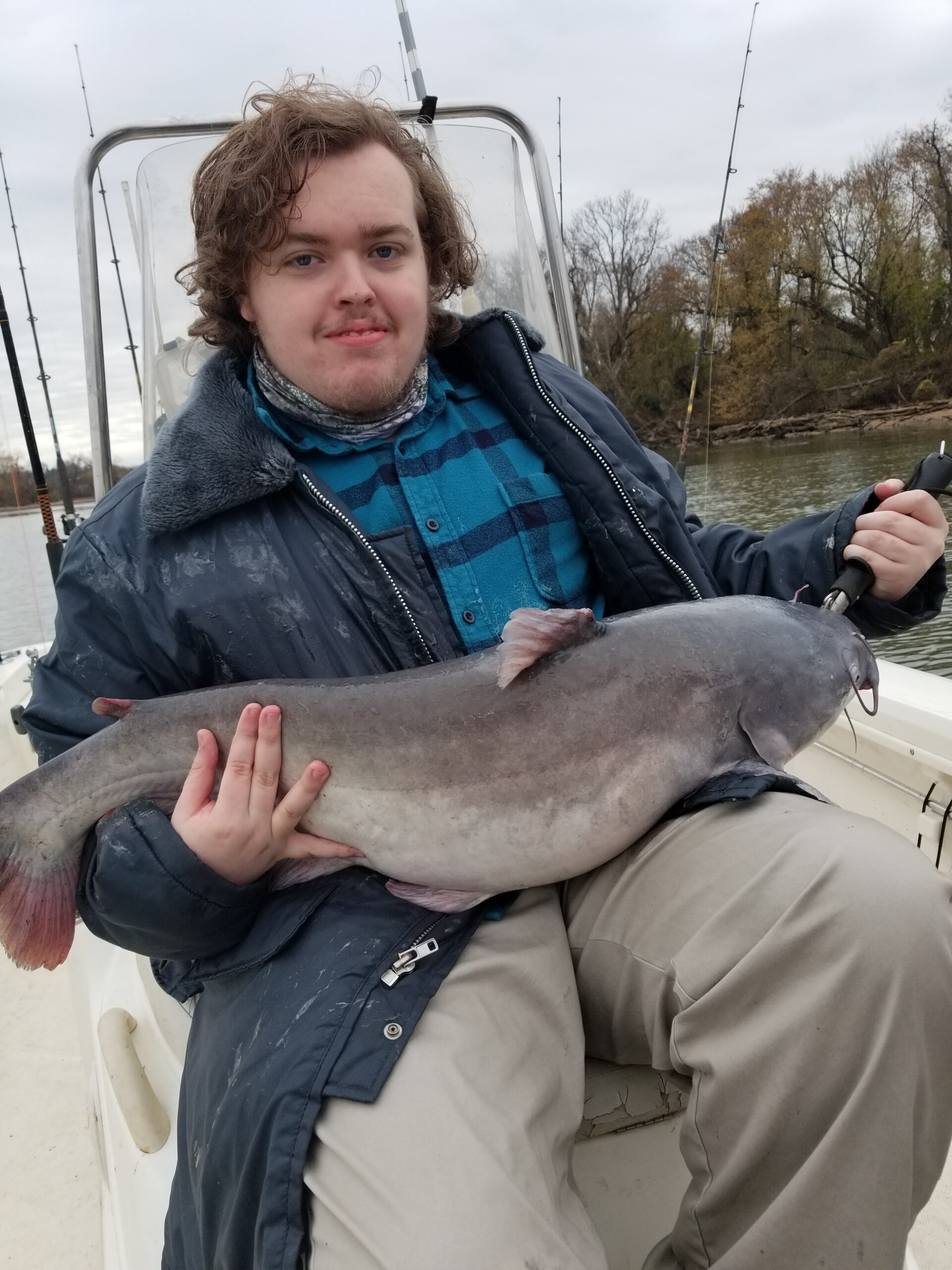